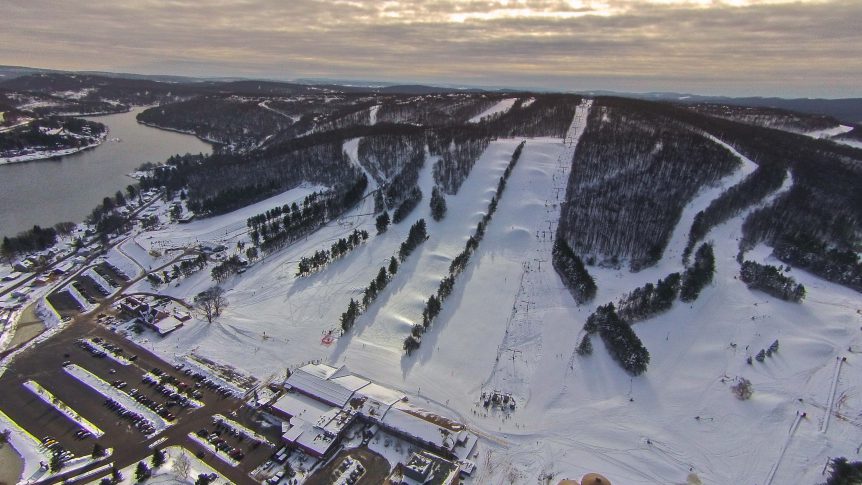 Wisp Resort just announced that this Friday (Dec 16, 2016) the slopes are officially open for the season!
After last winter I think most of us were left a little dazed and confused. Living in a place that averages well over 100 inches of snowfall per year, and last year we barely broke 60″ was uncommon to say the least. While most people were mainly bummed because the skis and/or snowboards stayed in the garage most of the season — I was bummed for a whole separate reason.

No matter how you want to look at it, Deep Creek Lake is a resort town. The sole base of our economy lies in the mass influx of visitors we get to the area every year, some of those visitors who have in that last decade built and bought second homes in the area. This place we call home really is something special – but when the lake is cold and the mountain doesn’t have snow, most of those visitors aren’t as enthusiastic to come here. Without those visitors businesses and restaurants sit empty and quiet. The people who work in those places aren’t getting the commissions or tips that they rely on, and the area doesn’t seem to have the same energy we’re all so accustomed to.This winter looks to be coming into full swing and at the least giving us temperatures that allow snow making. I look forward to the season kicking off and can’t wait to see the beaming faces here to shred the mountain.

Something to keep in mind this holiday season is how hard people in this area work to make it such a great place to visit. Whether you’re a visitor, a second homeowner, or even a local – do your best to get out to local shops and restaurants and help make this season great for everyone.