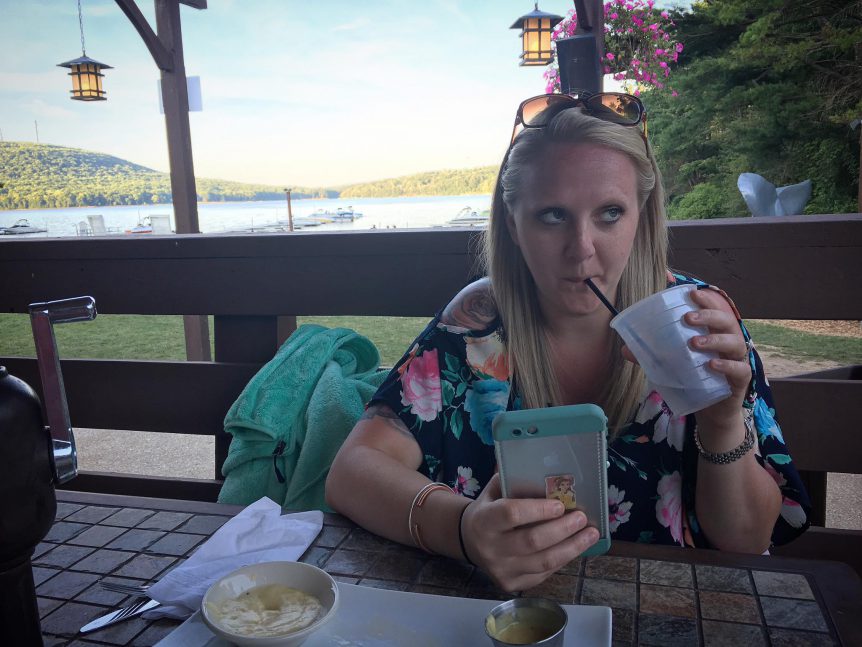 I like my wife. I like her a lot actually. She’s pretty weird and says even weirder things, but I think that’s why I love her. She laughs at her own jokes (and I mean literally it’s just her laughing) and she is one of the smartest people I know. She amazes me with her knowledge of medicine even though sometimes I think she’s just making up big words because she knows I’ll just smile and nod until it’s my turn to talk about how we need to buy a Tesla that will drive itself. We are the age old definition of opposites attract — she plans everything, and I usually plan most of my adventures the same day I embark on them. She keeps me grounded and I keep her far enough out of her comfort zone that she does things other than sit in our house with the dogs and look at Pinterest. Anyone who has read this far probably thinks we just got into a fight and I’m writing this in an attempt to get brownie points. I’m not actually – I wrote that preface to talk about something that will inevitably upset some people.

I had someone ask me this weekend when Heather and I were having kids. This is how the conversation went and I’ve been playing it over and over in my head trying to make sense of it:

Them: “you and Heather are going to have kids soon, right?”

Me: “you know sometimes I feel bad because I think people assume I’m joking when I say that I don’t want kids.”

Me: “is Heather going to die soon?”

The reason this age old mentality of “you’ll grow old all alone” bothers me is because my question to whoever thinks that is: “what about your spouse?”

I married Heather because I like her and enjoy spending time with her, not to because she looked like a good person to birth my child. I have nothing against kids, I have nothing against people who have kids, I actually like kids most of the time — other than that infant / no head control phase. That freaks me out BIG TIME. I try so hard to put my view into perspective for people, which usually yields little results. As someone from the outside looking in I’ve noticed that having a kid amplifies a relationship. Whether good or bad, having a kid is either going to make it great or horrible. I see it all the time, and personally know of two couples who were already great together and then had kid(s) and turned into beaming rays of sunshine. I graduated high school with one of the guys and asked him soon after his son was born what made him decide he wanted to have a kid. His answer was instant and sincere he said “I don’t want to be an old dad, I want to be young and do cool things with my kid and make incredible memories with him.” That was an answer I had never heard before, and also the moment I knew that this guy 100% should be a father. I couldn’t be happier for both of those couples I mentioned and even more satisfying is knowing that not only is their relationship great, but their kid(s) will grow up in a loving home. The other end of the spectrum is the one I feel I see much more often. The troubled couple whose relationship was already a bit rocky and they had a kid in an attempt to band aid their relationship. The ones who are always frazzled and spend most of their time alone complaining about the kids and their spouse. Oddly enough, these are the ones who constantly ask why you don’t have children. The most interesting thing to me is that if that same question comes up around the happy couples — “don’t you think Logan and Heather should have a kid?” Every single time both of them have said “they’ll have kids when they’re ready or if they ever want too.” Not once have either of them went into the used car salesman mode telling us how there is nothing like it and we better do it today!

I can’t say with 100% certainty that we’ll never have a kid, but as of today I’m about 98.9% sure we won’t. The alone time I get to spend with Heather is something I really look forward too. Traveling more this year made it even more fulfilling. The summer nights that we went out and wandered around on the boat with no destination or plan were some of the best memories I have with her over these last 5 years. Those nights made me feel content and happy to be where I was. I never felt like something was missing or that anything needed to change. Other than the fact that we didn’t have a Tesla to drive us home from the dock…

I hear a lot of people say my generation is selfish for not wanting kids, and to some extent I agree with that. One of the main reasons I don’t want kids is because I don’t see where a child would fit into our life. I travel a lot and Heather has a relatively demanding career that’s probably only going to get more demanding with time. Not to mention she just got accepted to a doctorate program that starts this spring. I understand that when you have a child nothing is perfect. You make time, you make them fit into your life — but that’s not what I want to do. I don’t want a kid to have to fit in somehow. I want a kid to have a place, to feel loved, to be surrounded in an environment that causes them to learn and grow as a person. Something I don’t think we could give to a child right now because of the economy and world we live in. I know money doesn’t buy happiness, but kids are expensive and something baby boomers love to forget is just how different the landscape of today’s economy is compared to when they graduated college. The average mortgage payment in the US is $1,061/month. I currently pay $1,050/month on my student loans. That’s obviously higher than normal, but if I wouldn’t have refinanced them and paid minimum payments I wouldn’t have paid them off until I was 42 years old. I could ramble on about these stats all night, but you get the drift… it’s 2016 fam! (that’s my best attempt at hipster jargon)

My main point in this entire novel long rambling is that people need to stop looking at life in these predetermined stages. We don’t all need kids, we don’t all need to get married, we all just need to be happy. Whatever that is that makes you happy is what you need to be doing. Life is short and moves too fast to constantly think you’re not complete if you don’t do what everyone else is doing.