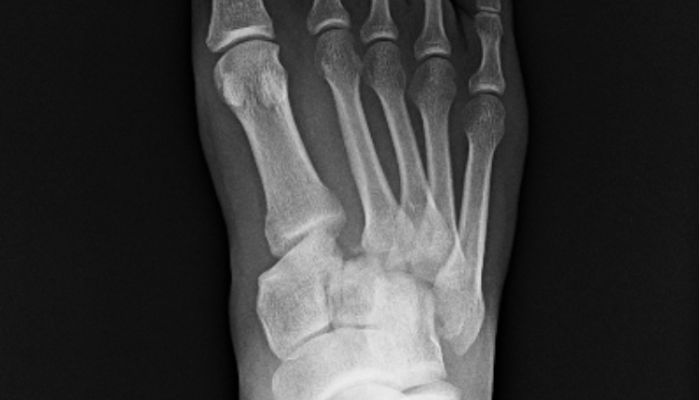 As cliche as this is going to sound, it’s the truth. A little over 10 weeks ago my life changed forever. I’ve broken my fair share of bones, had a lifetime total of 4 concussions — 3 minor with a little memory loss and one major that landed me in the hospital for a day and over a full 24 hours of memory loss. To this day I can only account up until around 10am that morning and don’t remember anything until waking up the next day around noon. Every bone I’ve broken was the normal 4-6 week healing process, and then I was right back to normal. My right ankle has taken the worst hits. 3 small fractures and a number of sprains best left uncounted. Were those injuries painful? Yes, but they really weren’t anything that made me lose sleep at night.

10 weeks ago I was in an accident while driving a side by side (UTV) I was ejected and suffered what is known as a lisfranc fracture in my right foot. I had never heard of this injury and wish I never had. In layman’s terms a lisfranc fracture is when the metatarsal bones of your foot break and also dislocate. Usually most people who suffer a lisfranc fracture only break a few metatarsals and the dislocation is minor. Obviously I wasn’t that lucky. I broke all 5 metatarsals and pretty severely dislocated them. The side by side I was driving rolled over and when I was ejected I landed outside the cab and the roll cage crushed my foot as the UTV landed. I also cut the bottom third of my right ear off on the roll cage while I was being ejected. Not to fear though! My girlfriend is a nurse and held it in place until we arrived at the hospital and they sewed that bad boy right back into place. After my initial X-Rays I still hadn’t really grasped how bad the injury was. I visited my surgeon a day later and after she explained how serious everything was and told me that this injury was almost always life altering in some way. Every case of a pro athlete I could find who has suffered a lisfranc fracture (not a lisfranc sprain) ended their career and never played in their respective sports again. And after coming home and doing a load of internet searching the news was even more bleak. The stories were everywhere of never walking normal again, the arthritis that started after recovery, never being able to run again, and so on. I got really scared and knew that I needed to do everything my surgeon said, and hope that being young with good bones would work in my favor.

3 days after the accident I had Open Reduction Internal Fixation (ORIF) surgery to put my foot back together and start the long road to recovery. ORIF surgery basically just means that surgery is needed to put a bone back in place and that it will be held together will screw(s). My surgeon initially thought it would take 2 screws for my injury. After opening my foot she found that I had shattered 2 spots on my mid-foot where the metatarsal used to connect. The surgery ended up taking 4 screws and about and hour longer than planned.

I was put into a cast and scheduled for a check up 2 weeks later. The first two weeks after surgery were completely depressing. Anytime my foot wasn’t elevated it would immediately swell up, turn a dark reddish purple color, and go completely numb. I ended up making a pillow fort on my couch and really didn’t move other than to crutch to the bathroom and to undertake the immensely complex process of showering. Thank god for my parents and girlfriend who spilt taking time off and vacation time so I was never alone and didn’t have to fend for myself and risk hurting myself trying to move around. The pain was pretty bad and I spent most of the 2 weeks counting down the hours until the next pain pill and some relief. My girlfriend did let me upgrade our living room to a new 70″ TV a few days after surgery so the pillow fort and new TV did help ease my pain a little. The picture below is a POV from the pillow fort prior to upgrading to the new TV. Can you believe she forced me to watch TV on a measly 55″!?

After the first two weeks were finally up I had my first visit to the orthopedic office since the pre-surgery appointment. The surgical cast was removed, stitches removed and a new lighter weight cast was put on. I also got my first look at the lifeless brick at the end of my leg that I used to call my foot.

The next 2 weeks were quite possibly 2 of the worst weeks of my life. I was introduced to the unbelievable hell that is nerve pain. The only thing I can compare it to is being hit with a taser in the foot over and over with no way to make it stop. The nerve pain was actually a good sign of activity in my foot and that it was healing, but at the time it was the last thing on my mind. The nerve pain happened at no normal intervals or time of day. It seemed to be the worst at night which really started to get old and made it almost impossible to sleep. Sleeping in a cast is hard enough but combining that with nerve pain is a recipe for a really long few weeks. I ended up being on a sleep schedule that consisted of staying awake until I was so tired the nerve pain and sleeping position didn’t matter because my body was too exhausted to stay awake. Days and nights started blurring together and I really started getting depressed. The highlight of my day was waking up (usually in the afternoon) showering and then crutching down the steps. The rest of the day was spent on the couch and hobbling back and forth to the kitchen. The novelty of hanging out on the couch had wore off and I was completely over not being able to go outside in the unseasonably warm weather or even carry anything from the kitchen. I did research and finally decided to stop feeling sorry for myself and found a device that was an absolute god send for my situation. The device was a hands free crutch that actually allowed me to walk on my own with both hands free. It wasn’t ideal but I was actually able to go back to work (with lots of help from my dad lugging all my gear around.) I filmed and photographed a few real estate projects and really did keep myself from completely losing my mind.

After 6.5 long weeks in a cast I had my next ortho appointment to remove the cast and see what my next steps were. The cast was cut off and I was placed in a walking boot and cleared to walk but still with the full use of crutches. I also got to see the lifeless brick on my leg again and this time it wasn’t as swollen but was scaly and pretty freighting to look at.I was sent home in the boot and told again that absolutely no more than 50% weight on my foot. The first night in bed with no cast was like sleeping for the first time. I was able to sleep on my stomach and slept through the whole night without waking up from a cast pinching or twisting my ankle. It seems like a small win, but it was huge at the time.

At week 9 I had another appointment with my surgeon and wasn’t sure what to expect. She looked at my foot had me test my toe flex and also pushed a few spots and ask how it felt. That’s when I finally heard what I had wait over 2 months to hear. I was cleared to walk normally with my boot and was told to start wearing special shoes around the house as much as I could without being uncomfortable.

To spare you from having to read any longer today is over 11 weeks since the accident and almost exactly 11 weeks since the surgery. I’ve been off the crutches for a little over a week and can walk in my boot with almost no pain. The first steps I took with no crutches after 2.5 months was similar to the first time I tried bacon. I felt like a bird that had just learned to fly. I’ve been using sneakers around the house and other than the weak ankle I’ve progressed much quicker than they thought. I have my first PT appointment this week and can’t wait to start the process of getting back to normal. Last week was my first time back out shooting on my own and it felt wonderful. I obviously have my limits, but I’m going to continue to be positive and grateful that I even have the chance to make a full recovery and walk again.

I want to say thank you to all my clients who contacted me and expressed their concerns and wished me a speedy recovery. I also want to thank those people for their unbelievable compassion and understanding for projects that were put on hold because of my situation. It was nice to know I wasn’t losing business because of the accident and did help me sleep at night. Thank you all so very much from the bottom of my heart.

I obviously couldn’t write this without expressing the utmost gratitude to my parents and my wonderful girlfriend Heather. You’ve all already been through so much with me over the last year and supporting and believing in me while I left a full-time job and started my business. I wouldn’t be where I was today without all 3 of you. This accident/recovery have once again humbled and reassured me I have the best family in the world. I love you 3 so much it hurts.

Thanks again to everyone for the support and I look forward to seeing all of you in what is sure to be an exciting and eventful 2016!

PS. Kids wear your helmets and seat belts. Every single time. No matter what. This entire situation would have been avoided if I had done both of those things, and I was lucky that I wasn’t hurt worse than I was. Please don’t be stupid. Take it from the kid hobbling around with screws in his foot. We only get one chance at life, don’t ruin it from an accident that could be avoided.