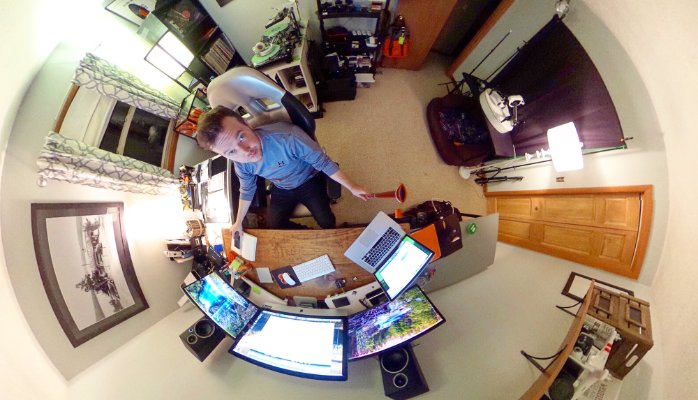 So it’s officially the work week. I don’t mean Monday at 9am either.. it’s actually only been Monday for 42 seconds and I’ve been in my office for the last 3 hours. This isn’t me complaining, I guess it’s my establishment shot for this post and I’m writing to clear my mind from editing for a little while. I’m on social media a lot. It’s a large part of my job and probably the only reason I was able to grow my business without spending everything I made on marketing. Which brings me to tonight and the thoughts behind this post.

I’m assuming the hatred in the air is really just the fumes from election season, but this year seems much worse than any other I can remember in my lifetime. Aside from the obvious arguments, I’ve been shocked at this hidden anger and feelings that I continue to see from people I respect. I’m not even talking about who you’re voting for either — I’m talking about the conversations I see online about my generation.

I’ve officially seen too many posts about the millennial generation and how (what seems to be an alarming amount of the baby boomer generation) feels about us as a whole. I could ramble about this for ever, but I’ll try to make it as concise as possible to get to my point.

I just read a post this morning that had a mid 50’s – female – college graduate talking about how entitled, worthless, and uneducated my generation is. I’m sorry to tell any of you who think that — you’re wrong.

Are we anything like the baby boomer generation? No.

Do we want to be? Not really.

My generation has bad eggs, just like every other generation that has ever existed. However, judging an entire generation of people off a few people is just as bad a judging an entire race off of a few (You already know if I’m aiming that one at you…) The post I referred to went on and on about how we all (millennials) think education should be free, that we don’t want to work for anything, and that we would be the downfall of this country.

Before someone gets angry and thinks this whole post is to bash Republicans or any political party, you’re very wrong and I hope you keep reading. I’m not one to shy away from my opinions and beliefs, and love listening to other peoples as well. However, I only like doing this when it’s productive and both people are truly interested in learning and hearing out why the other person views things the way they do. I recently had a conversation just like this over dinner with a friend from DC and it was pretty refreshing.

Here’s the moral of the story. What most baby boomers see when they look at me: A typical millennial who leans way to the left, thinks college should be free, and thinks we should outlaw guns. Now, let me tell you what is really going on and explain what seems to be a trend among my generation at least a large amount of the ones I’ve talked too.

Do I label myself as a Democrat? – No. I don’t really like affiliating with any party. In my lifetime I have yet to see one party actually make a huge difference on anything that has directly helped me.

Do I lean to the left or right? – That’s really a two part question. When it comes to social issues, I almost always lean way left. I think gay marriage/rights should be legal and should have been a long time ago. I think women should be able to make their own choices about their bodies and also make as much as men. I think the stigma against mental health issues is unreal. People aren’t crazy or weird, they are just like us. I’m not afraid to be on a plane with someone who is middle eastern anymore than I’m afraid to go to an elementary school and/or theater around a white person. When it comes to fiscal issues I’ve seen ideas from both parties that I like. I think having a degree in economics makes me look at these policies differently and from a much different perspective. I couldn’t say I lean one way or the other, because again I have yet to see either party overwhelmingly make a difference in my lifetime. I don’t think we should outlaw guns, but I also don’t think you should be able to walk into Wal-Mart and leave with a few handguns without proper evaluation either. I’m not a hipster, a vegan, or a “tree-hugger” — I grew up in Garrett County, MD for god sake. I don’t think higher education should be free, that doesn’t really make any economical sense. BUT I also don’t see how it should have increased hundreds of percent (adjusted for inflation) over 30 years with median income increasing in the single digit percentage (adjusted for inflation) especially with government subsidies that were supposed to steady the cost increases.

I get more and more upset everyday watching people argue and further separate what’s already a pretty divided country. The best example I can give would be this.

Think back to September, 11 2001. Every single one of us will remember where we were, and what we were doing. I was 11 years old and remember that my class kept getting interrupted over the PA for kids to come to the office that parents were there to pick them up. I was the 5th person to get called from my class. I went to the office confused and met my mother who tried to calmly explain to me what was going on, but clearly was rattled and scared. We went and picked my brother up and went back to our house and remained glued to the TV for the next fews days as details continued to surface. Over the next few months one of the most amazing things I’ve seen in my entire lifetime unfolded. Our entire nation came together. There was no talk of political parties, sexual orientation, gender, age, sports teams, or race. It was just Americans being Americans and our entire country united as one. We all showed our respect for those who lost their lives and told our loved ones we loved them. We loved our neighbors and all realized how quickly things can change.

I’m not sure why or how we got away from this, and it’s sad to see that the only time our country can come together is in the face of a great tragedy. I hope people reading this realize the point I was attempting to make. People need to be treated like people and we need HAVE to move together. My generation is full of the minds that will invent, create new technology, cure disease, create jobs, and most of all be the ones who teach the generation behind us what we’ve learned — just like the Baby Boomers and Generation X have done for us.