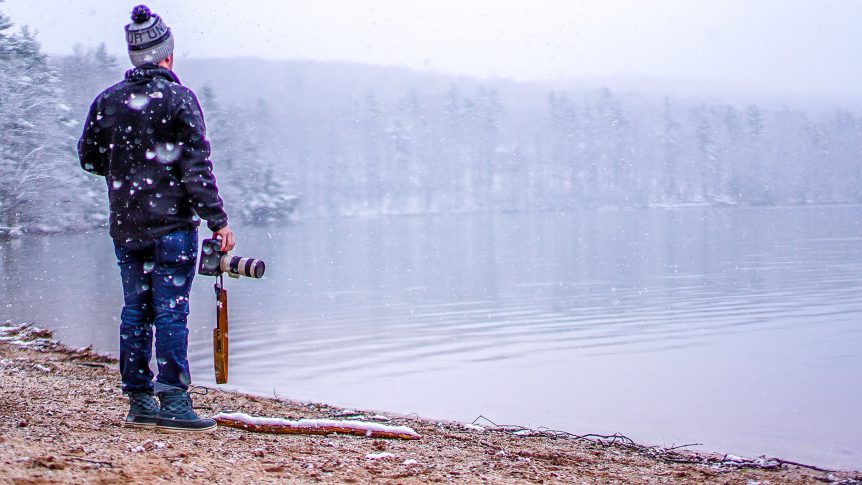 Preface:
I originally wrote this on October 28th. I wrote it on my phone and never posted it. I had a conversation with a local friend/business owner and had all these thoughts in my head I needed to get out. I actually wrote most of it while I was sitting in line to go through an automatic car wash. My mom read it today at Thanksgiving dinner and said I should post it. I always listen to my mom, so here it is:

Now, when I say that I don’t mean that I didn’t have friends and sat at a lunch table by myself. What I mean is that I’ve never been in one of those groups of friends, I’ve never had a best friend, and I’ve never been in a clique. I’ve spent the majority of my late teenage/adult life doing things on my own. I don’t like asking for help (and 99% of the time do not and have hurt my back a lot because of this), and other than my wife there isn’t anyone that I talk to everyday – and depending on travel and her schedule there are days that we live in the same house and don’t talk to one another. We’ve both spent the majority of our 20’s building our careers instead of being social . Other than my parents and brother, I was never super close with anyone from my family. I don’t come from one of those huge families with 200 cousins that do everything together. Nowadays, my brother lives in Texas and both my parents work away, so again – it’s really just me, my wife, and our alarming number of poodles.

Now, the reason I’m writing about this is because as an entrepreneur not having that normal large base of support makes things a little more interesting.

For the last 5 years I have not had what most people would call a “normal job.” I don’t go to work everyday, I don’t get up at the same time everyday, and I DEFINITELY don’t get a check at the same times every month. That said, I love what I do for a living, but the path I took building sustainable businesses and a career for myself – I didn’t love that as much. When I started Marks Media 5 years ago I would share things on social media about my new adventure. But, The people I have as an audience on social media were basically just people you said hi to when you see them. Not people you’re close with and really talk to everyday. They are just a step above acquaintances. (not all, but most)

So, out of that group the majority never really thought – I have to share that for my good buddy Logan to help him out. They probably just scrolled past and shrugged it off, the same thing most of us do every time we roll through feeds on our phones.

So, now we’re to my original thought for writing this – I had to gain support and get noticed because people liked my work, not because they liked me. Again, I’m not complaining, just explaining – and I promise I’m going to make a point.

I recently had a talk with another local entrepreneur and it’s what brought this whole conversation up. She was talking about how she couldn’t understand the attention certain local businesses and pages got on social media. She started to think she was doing something wrong. After her and I looked through some of the insights on those pages we both realized something — the bulk of the likes, shares, and comments were from the same people. They weren’t from great customers or people that found the businesses. It was from family and friends.

Now, again – that is NOT a bad thing. In fact most investors will tell you the first place to raise capital for startups or expansions is from the three F’s (friends, family, fools)

But what you’ll notice in the situation I’m referring to is that those same groups of people share, comment, and like the same pages content. What happens is a never ending cycle of nothing. No expansion, no new customers. Social media algorithms are insanely tricky and more recently have become even worse. They tend to push posts from people with massive followings, and businesses spending big budgets on ads. The latest data I could find said on average: 18-20% of your followers see you posts organically. So, if you have a massive following and/or pay for a lot of posts just completely ignore me — but if you’re in the sub 10k-ish range, you’ll be much better off with a targeted interactive following. It’s not impossible and people still see your posts if they regularly interact with you, but when you see those same friends and family who are sharing the same things from the same pages over and over – those posts end up getting suppressed and ignored more than others.

I was a relatively early adopter on Instagram and had around 16k followers at my peak. Instagram in the early days was like the wild west and good hashtag use could get you hundreds of follows a day. Those follows also came with lots of spam accounts and inactive users, but when IG was still a chronological timeline feed – good timing and good content got you in front of a lot of people. This summer even though I had around 12k followers and noticed that my absolute best posts were getting less and less attention. I paid an online company to run a report on my followers and found out that over 5.5k of those accounts we fake or inactive. I had somewhat given up until late this September Instagram did another “purge.” They basically go through every so often and wipe out fake and spam accounts. That purge dropped my followers count down to around 5k and my posts are performing 3.5x times better than they have in the last year. Why is that? Because now when my posts only go out to 20% of my followers, at least that 20% are real people and/or people who actually want to see them.

Here’s my point. If you’re marketing or advertising a business remember this – large numbers look good and make people think you’re cool, but what’s going on behind those likes and comments is what matters. Trust your insights. If people are clicking your links, ordering your product, or hiring you to do your thing – keep doing what you’re doing. An organic audience that you build on your own might not have you trending on YouTube or getting 20,000 likes on a Facebook post, but I’d rather have 1,000 interacting followers than 10k who scroll past my posts.

For some reason, I relate this situation to a golf tournament I played with my dad when I was in college. We were standing in the 15th fairway and I was right next to another person in our group. I had a rangefinder and said we had about 190 yards to the flag. I grabbed a 3 iron and the guy next to me yelled to his partner to bring his 7 iron. I looked at my dad and said “how much do I suck that this guy is hitting a 7 iron and I’m wondering if I can get there with a 3?” He looked at me and without flinching said “just hit your 3 iron closer than he hits his 7 and it doesn’t really matter, does it?” – my dad probably doesn’t even remember telling me that, but it’s something that’s stuck with me forever. Worrying about the person next to you is the same as worrying about the past. Things that you can’t change. Don’t look back, don’t look sideways – look straight ahead.

The world we live in is a lot of smoke and mirrors – people that look like they have everything might be so far in debt that they spend every dollar they make a month just so they can post flashy things on social media, the guy who always posts pictures traveling to crazy places might be $30k in credit card debt, the couples who post about how much they love each other and that things are perfect might be having affairs. The real truth is that people live totally edited lives on social media and the same goes for business – you don’t know if that business bragging all the time is actually doing that well. If you’re killing it and only have 800 followers, WHO THE HELL CARES what everyone else is doing. Time you spent worrying about competitors is time you should have spent on your own business.

Keep being weird
Keep creating
Never let someone tell you that you can’t do something.